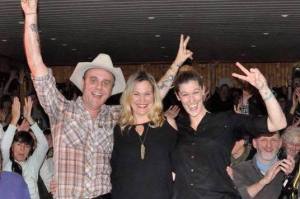 I can’t quite believe the tour has come to an end.

We played 54 shows, in 8 different countries over the course of 12 weeks.

It was pretty darn amazing.

Highlights? There are honestly too many to mention…..but a few that spring to mind are checking out Niagara Falls before our Buffalo show, playing a venue in the UK that was built in 1498,  meeting the oldest tree in Wales, getting to see my brother in Berlin after almost 2 years of not seeing each other, playing a show close to my home town and having my friends in the front row, consuming far to much delicious cheese in Holland, Germany and France…..

Oh and how could I forget – on one of our days off we had a bit of a mooch about in Amsterdam (incorporating the red light district) and got matching Wild Ponies tattoos.

I didn’t make that shit up, I have the tattoo on my ankle to prove it 😉 It wasn’t too painful and looks rather nifty if I do say so myself.

It’s strange to stop and think about the fact that before the tour I’d only met Doug and Telisha very briefly, and for 12 weeks straight we were in each other’s company almost every day.

Now all of a sudden they’re in Nashville, I’m in Austin….and it’s back to our regular every day lives as if nothing ever happened…..

That being said – I can’t tell you how happy I am to be back in lovely Austin.   When I arrived from the UK almost 4 years ago I never, ever thought for one moment that I’d end up feeling so at home here (it’s extremely different to Devon in the UK where I lived for 33 years).  But having visited so many unfamiliar places on the tour, the familiarity of everything Austin provided some much needed warmth and comfort to my rather weary soul.  My fav hang spots, the cool restaurants and bars, my musician friends and their beautiful music…..Austin and me, we’re kinda like two peas in a pod. 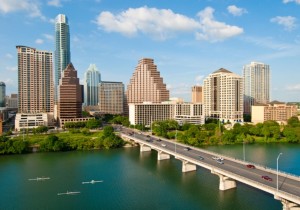 Sadly I wont be able to hang here for long.  In about a week I’ll be catching yet another flight to London and spending Xmas in Devon, which is a good thing.  It’s a very good thing….and something I’m extremely grateful for.  I can’t wait to be on my parent’s farm for what will probably be the last time before it’s sold.  This stirs up a real mish-mash of emotions for me.  The best way to describe it is a deep sense of gratitude combined with an equally deep and selfish desire to never leave, because I can’t wrap my head around never being there again.  It’s a uniquely beautiful place that no-one is happy about leaving.

….but more about that another time.

For right now I’ve plenty of shows lined up in Austin before I leave – and I’m going to wade through my hours of Wild Ponies video footage and see if I can put together a montage from the tour.

Thanks as always for reading this far, hope all’s good with you xx 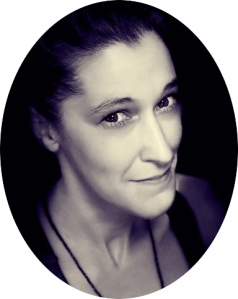 Multi-instrumentalist, songwriter, producer, teacher.  My posts cover all things creative and matters of the heart.  Thanks so much for stopping by!

My weekend will mostly involve recording and mixing stuff in my jim-jams 😅🙏🌈🌟 I have 3 projects to wrap up before my surgery next Thursday, so it’s all systems gooooooo!!! 🚀😅🧚‍♀️😋😁🤖• • 📸 by @ladylaran 🧚‍♀️🌟
🌟🌟 TONIGHT!! (Thursday 16th!) 🌟🌟 • • I’ll be playing drums for @girl_jam_paack at the Saxon Pub, 10pm, right after @ppike7 ♥️😅🌈🌟 guna be fun! Come hang 🙂🥳👍🧚‍♀️
Happy New Year lovely people! 🥰🎉🙃🌈🌟 Cant wait to do more awesome musical activities in 2020 😻🥳 Have fun out there tonight and hope to see you somewhere soon xo
Had SO much fun playing drums with @sweet.gary and @brandogonzales last night at @samstownpoint, my new fav hang spot 🥰🌟🌈

Things a Bright Girl Can Do
by Sally Nicholls